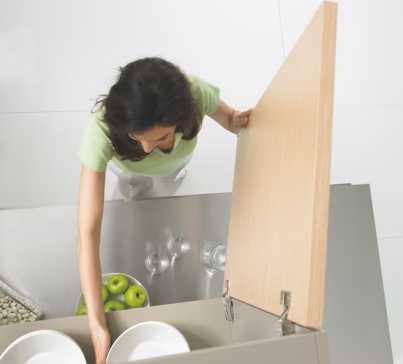 Everyone loves a good life hack – a little tip or trick that can make your everyday life easier, more fun or less stressful.

The recent surge in popularity of social media celebrities like Mrs. Hinch has given rise to a wave of new cleaning hacks, some of which could make a big difference to your home at little or no cost.

The bathroom is often a problem area for cleaners. Moisture created by hot baths and showers can lead to mould and mildew build-ups, and there are those unpleasant odours to manage, of course.

One recent trend in Australia saw homeowners tackling the nasty and often persistent smell of urine in their bathrooms with shaving cream. The theory is that the cream destroys the urine particles, rather than simply masking the odour.

A member of a Facebook group was delighted with the results, writing:

“I’d just like to say a huge thank you to the beautiful mum who said to use shaving cream in the toilet to get rid of urine smell. I sprayed it everywhere and rubbed it in, went back a few hours later to wipe down and the smell has gone.“

SQUEEGEES TO PICK UP CARPET GRIME

Carpets attract a lot of dust, hair and general grime, and even with regular vacuum cleaning it’s easy to miss ingrained dirt, or to not even realise it’s there.

One tip from Mrs. Hinch herself is to take a bathroom glass cleaner – more commonly known as a squeegee – and scrape it across the carpet. This will bring up plenty of matter that a vacuum cleaner would simply push deeper into the fabric.

The Instagram favourite, whose real name is Sophie Hinchcliffe, further endeared herself to fans when she recommended this method on her social media pages.

Squeegees to pick up carpet grime

BICARB AND WHITE VINEGAR TO POLISH THE OVEN

Heavy usage means ovens attract a lot of dirt, including oil and grease that can become deeply ingrained and almost impossible to remove.

However, there is an effective trick you can use to solve this problem. Combine bicarbonate of soda with white vinegar – both of which you will be able to find very cheap at most supermarkets – and use this solution to scrub the inside of your oven with a nylon scouring pad.

This method can spruce up oven doors and also clean the inside while it’s still warm.

Then, soak your oven racks in the bathtub with a dishwasher tablet to remove the most stubborn and hard-to-remove grease and oil stains.

Bicarb and white vinegar to polish the oven

There are many more unusual methods you can use for a super-efficient cleaning, such as dissolving denture tablets in water and using the solution to remove stains from sofas or white trainers.

If you are constantly scratching your head about how to brighten up children’s white school shirts, try giving them a scrub with a solution made up of one part Milton sterilising fluid for baby bottles and three parts water.

One mum said on Facebook that this was effective for removing pretty much every stain except permanent marker.

If you’ve tried plenty of methods and still struggle to keep your home as clean as you would like, why not bring in a professional cleaning service to do the job for you?